Free shipping for orders over $150

2 Months and 2 Years Rear Facing in their Radians 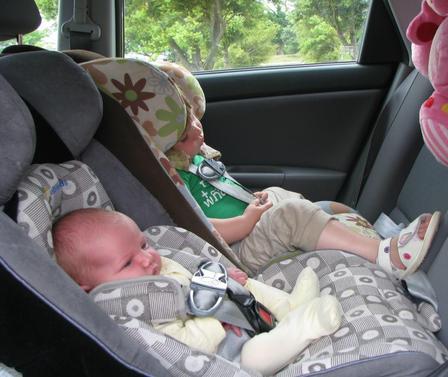 "This photo shows my two daughters in their radians. They were about 2 months, and 2 years when the photo was taken. 5 months later, this car, with these two wee girls in it, collided at high speed with a truck and trailer that failed to give way. The car was totalled, the kids got a huge fright, but not so much as a bruise. We are so very glad we opted for rearfacing in a radian!

These were the old radians (they have new ones now), and I've posted this photo on your facebook page about a year ago, but it is a very special photo to me now, given these seats probably saved my girls from serious injury :)"

Follow our socials for everything baby and toddler. Or contact us for one-on-one support with selecting the right products for your growing family.